There is a parking lot (Wanderparkplatz) at „Furtlepass“ on the road from Degenfeld to Weiler (in den Bergen). From there just follow the paved road up the hill. Then follow „Bernhardus Trail“ which leads directly to Bernhardus chapel. About 200 metres further east is a clearing which is suitable for setting up the station if the chapel is too crowded.

In the region between Göppingen and Schwäbisch Gmünd, four SOTA peaks are relatively close together on the edge of the Ostalb. I haven’t activated any of them yet, although they have been on my list for a long time. It was only after Roger, F5LKW, issued a call for activation that I started my planning. It turned out that all four summits were feasible in one day. So I chose Thursday for the activation and started the long SOTA day with Bernhardus.

It was still quite chilly on the parking lot and I was worried if it would get too cool in the forest, because I had packed rather summery clothes. But at the chapel I was warm and I found a place in the sun, so I didn’t have to be cold.

Because time was short, I limited the activation to two bands. Because of the early time, I decided on 60m and 40m. Of 60m I was really surprised. The callers came almost from all over Europe and had mostly loud signals. Roger put a record of two QSOs from his QTH on youtube (Link).

After I had logged several stations, including four with „F5“ prefix (but not F5LKW), I QSYed on 40m. Time was moving fast and I didn’t want to stay here much longer, not to endanger the further schedule.
The first call on 40m was from F5LKW and four more QSOs followed. After that no more caller were to be heard and I went QRT.
Dismantling and returning to the car were without any problems.

It was fun again. Thanks a lot for the calls! 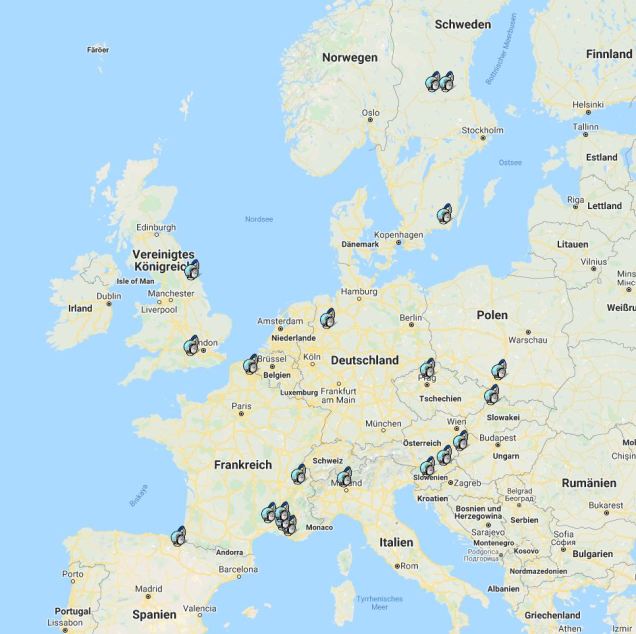