Highlight:
Meeting DM3FAM at the summit.

From top of Feldberg- pass (car park), follow the road to the restaurant ‚Grafenmatt‘. Then follow the marked trail to the top of Herzogenhorn.

The ascent to Herzogenhorn was beautiful and compared to Feldberg there were much less hikers. After the first steep section the summit soon came into sight and the path became flatter. Only at the very end it steepened again. At the summit there were some hikers, who spread out well over the fenced area. There was enough space to set up the station, although the location was not entirely perfect.

While setting up the antenna DM3FAM approached me all of a sudden. He had read my alert and kindly contacted me, as he also wanted to activate Herzogenhorn. We discussed our procedures in order to avoid mutual interference as far as possible. Then we started to set up our stations separated by about one hundred metres.

Several hikers visited me already during the setup and wanted to know what I was doing. Patiently I gave explanations about amateur radio and SOTA. Then I started the activation at 20 metres, where there was a bit of a pile-up for about ten minutes.
Then I QSYed to 30 metres, where it took a little longer until no more callers were heard.
Finally I activated 40 metres for a short time. Since my friend Martin was already waiting, I came to a quicker end than usual.

Before the descent I stopped by Marcel (DM3FAM). We exchanged a few details about the activation and said goodbye until the next QSO.
In the southwest, a rain shower could be seen in the distance, but it was nothing to worry about. The weather remained dry until the evening.

It was great fun again. Thanks for the QSOs! 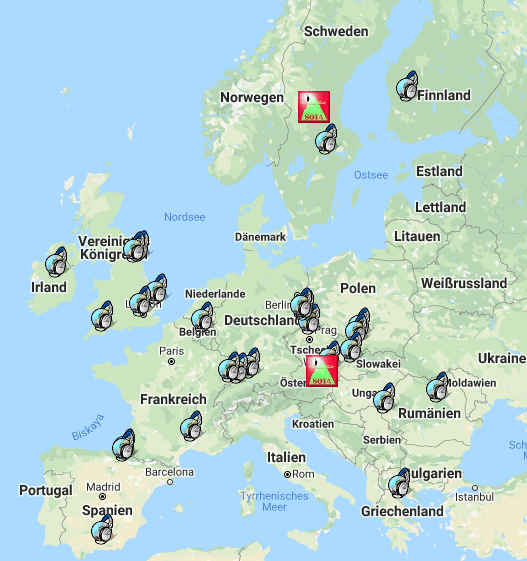